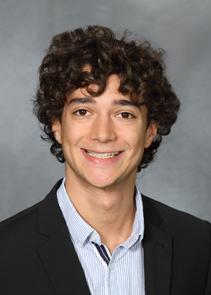 Stephane completed his undergraduate degree at Ecole Centrale Paris, a top French engineering school, graduating in the top 10% of his class. He studied a large range of courses such as management, corporate accounting and finance, and advanced mathematics. Stephane is in the Strategic Operations concentration that will allow him to enhance his technical skills about operations research during the first semester. In the second semester, he will develop practical business and strategic skills through an immersion program in the Johnson School of Management.

While being in ECP, Stephane was involved in several student organizations, occupying high responsibilities positions, which allowed him to strengthen his management skills. Stephane had also worked on a technical teamwork project sponsored by Microsoft in which he led an application programming group which role was to innovate in the interaction with mathematical plots. Additionally, over the past two years, Stephane has been practicing Improvisation Theater, which has given him invaluable opportunities to speak in front of large audiences as well as react quickly to dynamic situations.

In his spare time, Stephane practices on various racquet-based sports such as squash, racquetball and tennis. He is also a guitar player, and enjoys traveling around the world.