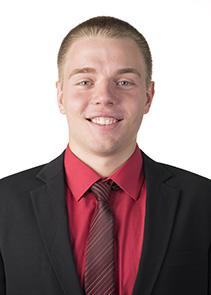 Daniel Dworakowski graduated from Cornell University in 2014 with a degree in Chemical Engineering. He decided to expand his skill set and supplement his chemical engineering degree with a Master of Engineering in Operations Research, focusing on Data Analytics.

Ideally, Daniel would like to combine the skills he will have obtained from both degrees in his future career. He is interested in technical consulting or process optimization preferably for an organization specializing in chemical engineering. Daniel also looks forward to using his Six Sigma Black Belt certification which he is expecting to receive in December 2014.

During his time as an undergraduate, Daniel was a teacher’s assistant for Analysis of Separation Processes. He also helped design a hydrodesulfurization unit for his chemical engineering capstone final project. Outside of schoolwork, Daniel worked as a statistician for Cornell Athletics while competing on the Club Volleyball and Club Basketball teams. He was also an active member of Phi Delta Theta, during which he served multiple positions.