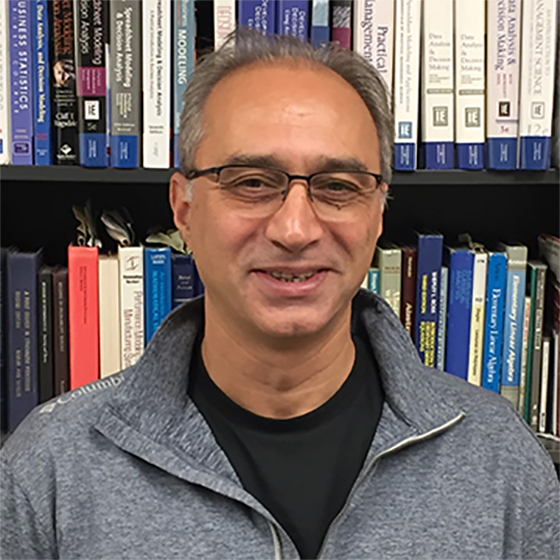 Oktay Gunluk joined the School of Operations Research and Information Engineering faculty in January 2020. Before joining Cornell, he was the manager of the Mathematical Optimization and Algorithms group at IBM Research. He has also spent three years as a researcher in the Operations Research group in AT&T Labs. At both of these industrial labs, in addition to basic research in mathematical optimization, he has worked on various large-scale applied optimization projects for internal and external customers.

Professor Gunluk's main research interests are related to theoretical and computational aspects of discrete optimization problems, mainly in the area of integer programming. In particular, his main body of work is in the area of cutting planes for mixed-integer sets. Some of his recent work focuses on developing integer programming-based approaches to classification problems in machine learning.

In Spring 2020, Professor Gunluk is teaching ORIE 6336, a graduate level course on integer programming. In Fall 2019, he taught ORF 522 at Princeton University that covers linear optimization for graduate students.

Oktay Gunluk is currently serving, or has recently served on the editorial boards of Networks, Math. Programming Computation, Operations Research, Math of Operations Research, Optimization and Engineering, and MOS/SIAM Book Series on Optimization. He has served in the program committee of IPCO several times, has chaired the organizing committee in 2011 and he is currently serving in the steering committee. He has recently chaired the INFORMS Optimization Society Young Researcher's Prize Committee and currently serves in the Khachiyan Prize Committee. He has also been involved in organizing the Mixed Integer Programming workshop series.​