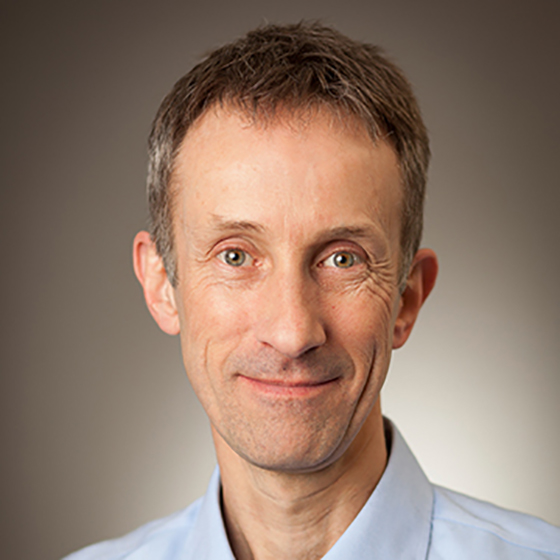 Adrian Lewis received his B.A., M.A., and Ph.D. degrees from Cambridge University, U.K. After faculty positions at the University of Waterloo and Simon Fraser University in Canada, he joined Cornell University in 2004 as a Professor in the School of Operations Research and Information Engineering, where he completed a three-year term as Director in 2013. His research concerns nonsmooth optimization and variational analysis. He has authored nearly 100 refereed publications and a book, and he is Co-Editor of Mathematical Programming. He received the 1995 Aisenstadt Prize, the 2003 Lagrange Prize, and a 2005 Outstanding Paper Prize from SIAM, and he is a SIAM Fellow. He was an invited section speaker at the 2014 International Congress of Mathematicians in Seoul.

Professor Lewis's research concerns the interplay between the mathematical theory of variational analysis and its practical application to concrete models in science and engineering, including the design and analysis of computational algorithms for nonsmooth optimization. He is particularly interested in optimization problems involving eigenvalues, such as robust control and pseudospectral sensitivity. Most recently his interests have turned to semi-algebraic geometry as a model for generic structure in nonsmooth optimization, leading to a fascinating blend of variational analysis, classical mathematics, numerical computation, and applied modeling.

At the undergraduate level, Professor Lewis's primary focus has been on linear optimization: the formulation of linear programming models (using the modeling language AMPL), their solution by the simplex method, sensitivity analysis, duality, network programming, and applications such as resource allocation and production planning. Professor Lewis also teaches the mathematical foundations of linear optimization at the PhD level, as well as PhD courses on the theory and computational practice of nonlinear optimization, and on convex and variational analysis.

Lewis serves as Co-Editor of Mathematical Programming and as Associate Editor for Mathematics of Operations Research and for Set-Valued Analysis. He also served extended terms on several SIAM Editorial Boards: the Journals on Optimization, on Control and Optimization, and on Matrix Analysis, and the series SIAM/MPS Monographs on Optimization. He served five years as Treasurer of the Society for the Foundations of Computational Mathematics, in particular helping to lead the 2009 organization (and NSF funding) for a large-scale Special Semester at the Fields Institute in Toronto.

Drusvyatskiy, ORIE Ph.D. ’13, is a Mathematical Optimization Society Prize Runner-Up for his Dissertation

The A. W. Tucker Prize is awarded for an outstanding doctoral thesis Read more about Drusvyatskiy, ORIE Ph.D. ’13, is a Mathematical Optimization Society Prize Runner-Up for his Dissertation

The world’s top mathematicians have been invited to speak at the quadrennial conference. Read more about Adrian Lewis presents invited lecture to the International Congress of Mathematicians

Alumni gather for breakfast and news about ORIE

Alumni, pursuing a variety of careers, came to the annual event and got an update on ORIE. Read more about Alumni gather for breakfast and news about ORIE