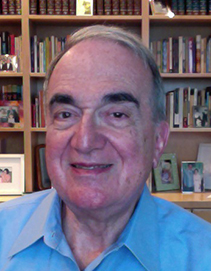 Alan S. Rosenthal worked in the financial services industry for 24 years and is now retired. Most recently, as a Vice President of Bank of America, he headed the Information Technology Business Architecture group. Prior to that, as Vice President and Group Manager at Merrill Lynch, he ran the Bloomberg Systems Development area. During the first twenty years of his career, he did engineering design work for a number of firms, including his position as Chief Engineer for Decicom, Inc.

Alan is a licensed professional engineer in New Jersey and holds several patents. He earned a Bachelor of Electrical Engineering degree from Cornell University and a Master’s degree in engineering management from The New Jersey Institute of Technology, where he now chairs the Board of Advisors of the College of Computing Sciences.

Alan is a docent at the Metropolitan Museum of Art. He is an Honorary Trustee of Congregation Rodeph Sholom in Manhattan and a recipient of their Meyer Nathans Service Award. He now co-chairs the cemetery committee that runs the congregation’s Union Field Cemetery in Queens.

Alan and his wife, Dee, live in Manhattan. Their son, Eric, is a graduate of Cornell, Class of 1997.