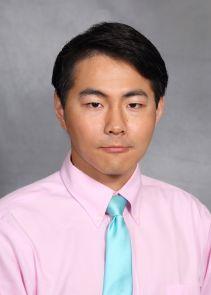 QiWen Shu received his bachelor’s degree in Industrial & System Engineering with a double major in statistics from University of Wisconsin-Madison in 2017.

In his senior IE project, he applied agent-based modeling to determine the gap in quoting software of American Family Insurance. Along with his demography data analysis, he was able to propose a business recommendation projected to 70% of profit growth based on breakeven analysis.

In the summer of 2015, QiWen worked as a project engineer intern at Inalfa Roof-System Group. He was assigned to be closely working on-site with the manufacturing team. While he made a contribution to solving several technical design problems, he developed a deep interest in optimizing the whole manufacturing system. He utilized simulation software to identify the bottleneck of the production, improving the efficiency by 37%. He also attempted to modify the working schedule through his optimization knowledge. Later on during his internship at Alcatel-Lucent in 2016, he collaborated with the global clearing team to work on the supply chain modeling and modified the combined bidding and ordering procedures.

QiWen is eager to pursue a career in operational analytic field and consulting upon graduation. He enjoys interacting with people from different cultural background and manages to speak four languages fluently.