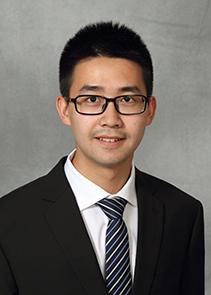 Junhong completed his bachelor’s degree at Zhejiang University in China, and graduated among the top 10% of his major. He received strong schooling in the subjects of mathematics and programming at the School of Mathematical Sciences. Junhong joined the ORIE master of engineering program at Cornell in 2015, where he majors in applied operations research and is developing his technical skills in machine learning and data mining.

Junhong participated in the Contemporary Undergraduate Mathematical Modeling competition during his undergraduate study and won 1st prize for Zhejiang University and ranked top 1% among nearly 20,000 teams nationwide. At Cornell, Junhong continues participating in projects in mathematical modeling and algorithm analysis.

In his spare time, Junhong enjoys playing tennis and the clarinet.