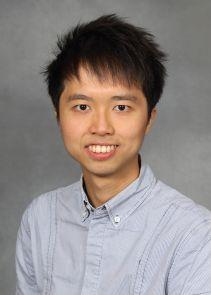 Chek Hin (Michael) Choi began his doctoral study in Cornell from August 2013. His research interests focus on the area of stochastic processes and their applications, with an emphasis to queueing theory and ruin theory.

Prior to Cornell, he earned his B.Sc in Actuarial Science from The University of Hong Kong in 2013.

In his spare time, he enjoys reading, cooking and watching movies with twist ending.