As a self-described “Academic Capitalist,” Sridhar Tayur builds and assists companies that employ operations research for strategic value.  He spoke about four of these companies at the latest in ORIE’s Bangs Memorial Lectureship series that began nearly a quarter century ago.

In introducing Tayur, ORIE Director David Shmoys noted that the speaker has made significant contributions in the academic realm.  He is a Fellow of the Institute for Operations Research and the Management Sciences (INFORMS), and has a long list of publications.  Although at the outset of his talk Tayur asserted his mathematical credentials, he cautioned the audience that his Bangs lecture would not dwell on the mathematics, but about “convincing people to use the math, and then pay you handsomely for it.”

To lay the groundwork for his talk, Tayur quoted sources as diverse as sociologist David Reisman, management guru Peter Drucker, labor economist Sumner Slichter, Mark Twain, and Sir Arthur Conan Doyle’s Sherlock Holmes, who said “the temptation to form premature theories upon insufficient data is the bane of our profession.”   Tayur then discussed several companies to show the way in which avoiding premature theories, participating in “the joy of creating,” and obtaining access to “financial wherewithal” leads to the effective use of operations research in business.

As a specific example, Tayur outlined the 13-year lifetime of SmartOps, the company he founded after coming in first in a business plan competition that attracted 322 entrants.  His plan was to build an application of multi-echelon inventory theory on top of existing information technology systems known as Enterprise Resource Planning (ERP) systems, thereby “making the algorithms practical.”  In doing so, he created a new class of system he has dubbed Enterprise Inventory Optimization (EIO).

A key design question for companies like SmartOps is this: “what is the computer science architectural choice in which you are going to embed your algorithm,” he asked.  SmartOps hired computer scientists to work this out, but SmartOps remained a company with “analytical [i.e. operations research] heart and brains.” Tayur described one company that failed because of poor architectural choices.  He also emphasized the importance of becoming profitable quickly in order to garner needed financial backing.

Initially, Tayur worked to sell the SmartOps product himself, but soon saw the need to create a “repeatable sales process to expand what I was doing as a sales person.”  In the talk, he showed several graphics that were essential to this process.  “There was no need to discuss optimization, analytics or statistics,” he claimed.  “People assume there is something that works.”  Instead of promoting the math, his sales process is based on illustrating how the disconnect among supply, demand, and capacity leads to excessive inventory and how his software creates the necessary connection  and then determines what should inventory should be kept at what stages of the production process and in what locations.

A key to the success of SmartOps, according to Tayur, has been the relationship with ERP vendor SAP, first as their “#1 Endorsed Business Solution partner”, then as provider of a capability sold by SAP sales people, and eventually as the purchaser of Tayur’s company.   In the process, SmartOps has saved billions of dollars in inventory costs for a wide variety of companies in consumer products, chemicals, technology and life sciences.  Their project with one company, John Deere, saved $1 billion and was a finalist in the 2004 Edelman competition run by INFORMS.

“Why has my technology become widely adopted as a business practice?” Tayur asked, asserting in response that it offers “a clear value proposition and is easy to use.”

As a second example, Tayur outlined the private equity process employed by a company, founded by his MBA students, for which he serves as a Board member and limited partner.  The company, CCG Inc., uses its own and borrowed capital to buy small, struggling manufacturing firms in which the core technologies could be repurposed into new application domains.  Tayur gave one example of an auto parts foundry  that was purchased using private equity and converted into a “hard core” manufacturer of parts for wind turbines, resulting in a dramatic increase in earnings and an 11 times return on the original investment in under 7 years (as compared to S&P 500 that only returned 1.5% annually).   Operations research was a substantial contributor to this success, according to Tayur, who showed how improvements in operations management -- “such as improved capacity planning, lean methods to reduce waste, improve flow, manage lead times and order entry and so on” -- flowed through the financial accounting to pay off debt and increase value.

Tayur, his colleague Alan Scheller-Wolf, and Tayur’s Ph.D. student John Turner worked with Katherine  Hayes, CTO David  Sturman (a MIT PhD in CS) and his team. The company developed a method for dynamically providing advertisements in computer games and recording the number of advertising ‘impressions’ that are delivered to players of the games (and eventually web browsers) so accurate revenue for the placement could be collected from the advertiser.  Tayur, Scheller-Wolf and Turner developed a fast algorithm to determine, based on demographics, which ads to put in which games so as to maximize revenue while keeping opportunities open to accommodate additional small sales of advertising.   In 2008 the company was purchased by Microsoft.    John’s PhD thesis, New Media Planning Models for New Media, won the First Prize in the 2011 INFORMS Dantzig Dissertation Prize Competition.

Tayur introduced his involvement with organ transplants by showing sections of a biography of Steve Jobs, who had liver cancer- the disease that eventually killed him.  Because waiting lists for transplant organs are maintained separately by region, variations in supply and demand causes great variation in wait times (between 1 and more than 5 years) and organs are sometimes wasted because a potential recipient is not available within the narrow window of time during which transplantation is possible.  Moreover regulation and economic incentives make it difficult to fly organs from areas with short wait times to areas with longer wait times to balance supply and demand.

By monitoring region-by-region availability and using his private jet, Jobs had been able to get to Memphis TN to get a transplant when a pancreas became available there.   With his Ph.D. student Pinar Keskinocak, Tayur had previously developed scheduling algorithms for on-demand private jet services such as FlightOptions and NetJets, so he was familiar with that service, which became integral to creating OrganJet.  Tayur described developing an app to track availability of organs (“where to list”) and creating a service, OrganJet, that provides prompt transportation (“how to get there”) when organs become available.

Organjet and its non-profit subsidiary Guardian Wings rely on an operations research model that Tayur described as “find a Nash equilibrium, using selfish routing, on a network of overcrowded queues with abandonment.” He is working to provide insurance companies to pay for the transportation based on saving the lifetime costs of dialysis.  “My goal is, by the end of 2015 or 2016, several million Americans will get what Steve Jobs had, for free,” Tayur said.    Nobel winner Al Roth has blogged about OrganJet several times.

Having described these instances of the welding of imagination and experience, the Bangs lecturer added to his stock of quotations this one from Alfred North Whitehead:

The Bangs Memorial Lectureship was established in 1990, and honors John R. Bangs, Jr., ME ’21, a Cornell faculty member and an early leader in the development of the field of administrative engineering—Bangs pioneered the program that led to today’s Operations Research and Information Engineering. Bangs lecturers visit Cornell to deliver a formal talk, and also meet informally with students and faculty members. The lectureship is funded largely by gifts from former students of Bangs. 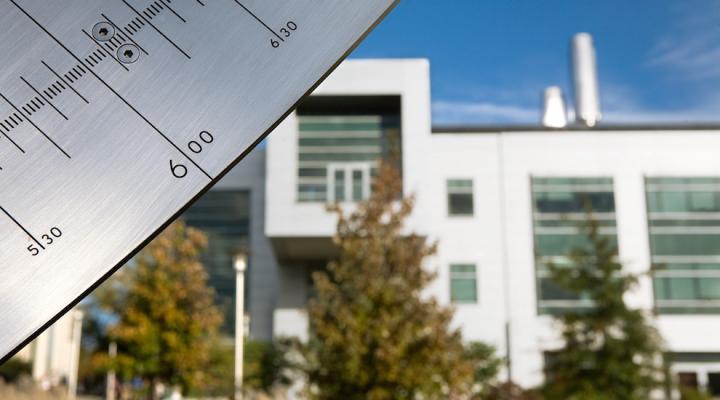 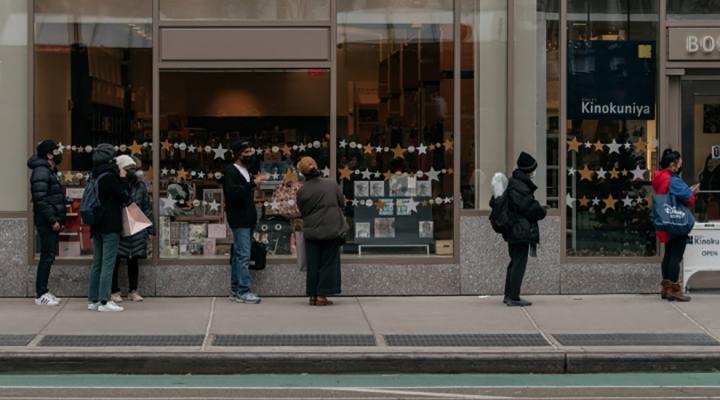 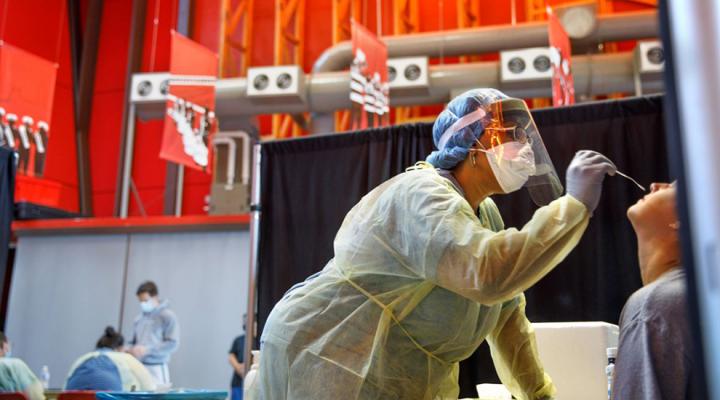 Cornell researchers found no evidence of students transmitting COVID-19 to employees or the broader community during the fall semester, but students who traveled were eight times more likely to test... Read more about Modeling gives data-driven picture of COVID-19 risks