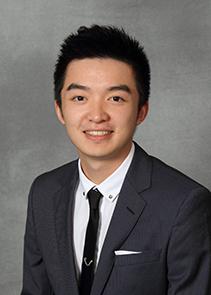 Jeffrey received his bachelor’s degree in Applied and Computational Mathematics with a minor in Mathematical Finance from the University of Southern California. He was on the Dean’s list for 6 semesters and received the USC Academic Achievement Award.

Throughout his undergraduate study, Jeffrey enrolled in a diverse range of courses including business administration, accounting, computer science and mathematics. This diverse background has enabled him to possess not only solid quantitative skills but also a deep interest and understanding of the mechanisms behind financial markets. He is currently gaining further knowledge of the quantitative tools used in financial modeling as a student at CFEM.

In addition, Jeffrey has pursued his passion for finance by applying what he learned in the classroom to his research and internships. He has completed research in market microstructure, where he identified and analyzed volatility blowup effect of stock data in short time period and has investigated the EPPS effect between different stocks in high frequency trading using python. During the summer of 2015, he completed a summer internship at MAP, a research firm that provides weekly U.S. equity signals with the mission to produce positive expectancy trade ideas in all market environments. During this internship, he performed statistical analysis on in-house data sets using different methods (such as bootstrap) and developed statistical information in formatted company reports useful to quant-focused hedge funds.

In his spare time, Jeffrey loves playing golf and was the vice president of USC Golf Club. He helped the team coordinate weekly practicing classes and monthly tournaments for over 50 members. Jeffrey has also been studying around the world since middle school. He enjoys placing himself in new environments, meeting new people, and tackling unexpected challenges.