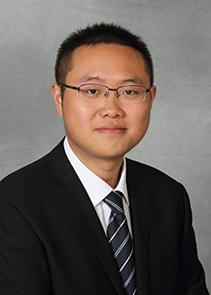 Yang He obtained his bachelor’s degree from Peking University with a double major in Finance and Banking and Psychology in July 2015. While studying at school, Yang developed a strong interest in the financial industry through courses like financial economics and financial derivatives. He was always interested in utilizing his mathematical and financial knowledge to analyze the financial markets. It was this passion for quantitative finance that inspired Yang further his studies at CFEM.

Throughout his academic career, Yang has focused on strengthening his skills in data analysis. In his bachelor degree thesis, he compared the difference among three methods used to compute VaR (historical simulation, variance-covariance method and Monte Carlo simulation). Yang’s previous internship experiences also prepared him well for his future career in finance. During his internship at Gridsum Technology, Yang published two reports successfully and won several clients for the company. Further, his internship at Lenovo helped develop his abilities to adapt to new environments quickly.

Most recently, during the summer of 2016, Yang completed an internship at Morgan Stanley. There, he demonstrated his capability to cooperate with different teams efficiently and deliver projects successfully.