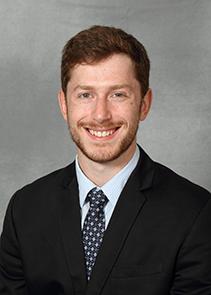 Oren Varkony graduated from The University of Nebraska with a B.S., majoring in physics and minoring in mathematics. In recognition of his achievements, Oren was awarded the honor of Physics Student of the Year.

For his senior project at the University of Nebraska, Oren coded a model of a paramagnet in C++, which simulated complicated interactions. This first experience in computer modelling sparked his interest in mathematical finance, and he soon thereafter began to explore the parallels between derivatives modeling and physics. His interest was firmly set after sitting in on an investments class, which had happened to cover option pricing models.

Oren’s unique interdisciplinary background, including an entrepreneurial foray in Brazil, has cemented an advantageous blend of both hard and soft skills. Capitalizing on his experience in a variety of fields, he brings a different perspective to an aspiring career in quantitative analysis and trading. Furthermore, his time as a summer analyst in the Quantitative Strategies Group at RBC Capital Markets allowed him to apply his skills, honed during the academic year at Cornell, on projects affecting the live P&L of the trading desk.

Orthogonal to his professional background, Oren is an avid Brazilian Jiu-Jitsu competitor and practitioner. He also enjoys learning foreign languages and teaching.