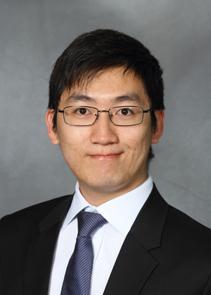 Kuangdi Zheng earned his bachelor’s degree in Electrical and Electronic Engineering with first class honors from Nanyang Technological University, Singapore where he received full scholarship provided by Singapore government. He also studied abroad at the Queen’s university in Canada during his penultimate year.

Kuangdi developed a keen interest in the financial markets after his internships at Morgan Stanley and Bank of America Merrill Lynch, where he also improved his programming skills and project management skills significantly. During his role as a trading system developer, he became interested in the financial theories and mathematical models behind the system. He decided to go to graduate school to gain a better background on quantitative financial analysis and derivative pricing theories.

With strong quantitative and communication skills, he is eager to pursue a career in derivatives trading, quantitative trading, high frequency trading or quantitative research upon graduation.