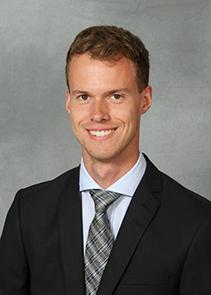 Johan Moen received his B.S. degree in Mathematics from INSA de Toulouse in June 2015. Upon graduation from Cornell in May 2016, he hopes to incorporate his analytical, quantitative and communication skills to pursue a career in management consulting.

Without any prior knowledge of French, he enrolled in a leading French engineering school where all courses are taught in French. He quickly learned the language, and by the end of his second year, he was in the top ten percentile of his class. Through his undergraduate studies, he developed his analytical abilities, and acquired a solid understanding of both deterministic and stochastic mathematical modeling.

While studying in France, Johan was a board member of Norway’s third largest student organization. His responsibilities included managing and implementing the organization’s political views, and creating organizational goals and agenda. He successfully organized a workshop on multidisciplinary networks for approximately 50 student council representatives from universities in eight different European countries. Through his experiences as a board member, Johan developed his public speaking skills and acquired competencies in non-technical problem solving.

In his spare time, Johan likes to lead an active life, including such undertakings as running the Rome Marathon, cross-country skiing and exploring new places. In his down time, he enjoys reading biographies.