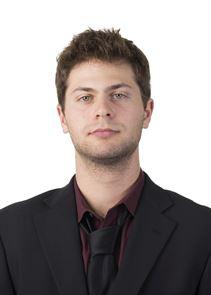 Jaffe Greenwald (pronounced yah-fay) is building on his undergraduate studies in Operations Research at Cornell University through their Masters of Operations Research program. However, do not let his marathon in Upstate New York fool you into thinking he lacks curiosity and drive. After an opportunity presented itself, he chased it down until he found himself studying for a year abroad at the London School of Economics. There, his true journey began as he gained an appreciation and a taste for finance and economics, one which he is very excited to revisit in the continuation of his program in the coming weeks.

Even upon his return to Cornell, he engaged in an independent project to study and simulate the performance of a dynamic options portfolio strategy. In a later project, he corralled his group in studying statistical changes in the dynamics of the S&P500 over the last thirty years.

In addition, he is interested in mastering the powerful tools and techniques of Operations Research. Throughout the summer, he continued his year long research under Professor David Shmoys, analyzing several different problems associated
with the New York City Citi-Bike Sharing System.

Through his studies and projects, he found his most powerful asset has consistently been his desire to learn and he is anxious to find out what precisely he will study next.