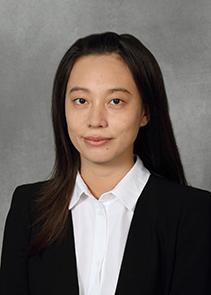 Hanying Zhang received her bachelor’s degree early from Cornell University after double majoring in mathematics and economics. After developing robust quantitative and analytical abilities, Hanying desired to use her solid foundation in computer science to implement mathematical models in financial-related fields. Throughout her undergraduate career, she took many core computer science courses and completed several related projects in Java and Python, which enabled her to gain a deeper understanding of object oriented programming, functional programming, data structure and algorithm implementation.

Working at the China Merchants Bank and finding the function built in SQL unable to clean data efficiently, she increased code reusability by writing code in C#. Her efforts led to useful decreases in the amount of code and an increase in the speed in which data was obtained. She also created the backend of their loan management system to allow lenders to keep track of rent payments.

When she interned at OmniMarkets LLC. during the summer of 2016, she worked independently to build a machine learning model that estimated loan default rates. Her code allowed newly released data to automatically download with minimal delay as local CSV files. Using her analytical capabilities, she then built a predictive model by implementing and evaluating 11 different machine learning algorithms and each of their respective performances in order to find the optimal one. Hanying also developed a one-window application in Python and combined three models she built.

Hanying has a deep interest in physics and got first prize in China’s National Physics Competition 2010 for high school seniors which had 40,000 candidates from all over the nation. She also loves athletics and got second prize in China’s National Acrobatic Gymnastics Competition in 2011. She is demonstrably determined and passionate, and widely different topics can actively engage her.