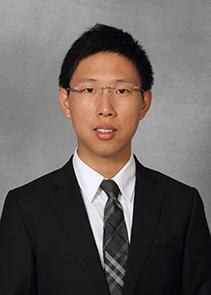 Caobin Zhou received his degree in Electrical Engineering and Mathematics from the University of Utah. Currently, he is a graduate student at Cornell’s Financial Engineering program. While interning at Goldman Sachs, Caobin became attracted to the different financial products and was eager to learn more about finance. His current studies along with his vast financial services experience has allowed him to strengthen his analytical skillset so that he can pursue a role in the financial industry upon graduation.

During the summer of 2015, at his internship at Everbright Securities IBD, he participated in two companies’ IPO in the Chinese new over-the-counter market and researched the appropriate evaluation of relative companies. This past summer, he interned at Citigroup HK Capital Markets and participated in several live deals.

Caobin is able to multi-task and work efficiently. For example, during his internship at Goldman Sachs, Caobin not only successfully learned programming language, but also passed the CFA Level I exam.