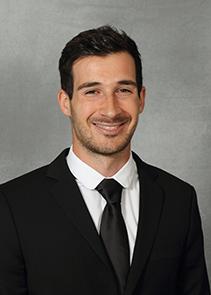 Benjamin Elbaz completed his B.S. in Industrial Engineering at Mines Nancy, a leading French engineering school. He will also receive a master’s degree from Mines Nancy after graduating from Cornell in May 2016.

During the summer of 2015, Benjamin interned as a business analyst at a start-up in Paris. His role was to create a user acquisition strategy, configure and manage a relational database system to record and update users’ behavior on the startup website.

As a co-founder of a student association that organized two trips to Israel for 40 students to meet many start-ups, Benjamin developed his leadership and management skills. He was also responsible for the treasury and successfully raised $15,000 in subsidies and managed a budget of $65,000.

Since his early childhood, Elbaz practiced several martial arts in competition and is now focusing on Krav Maga.