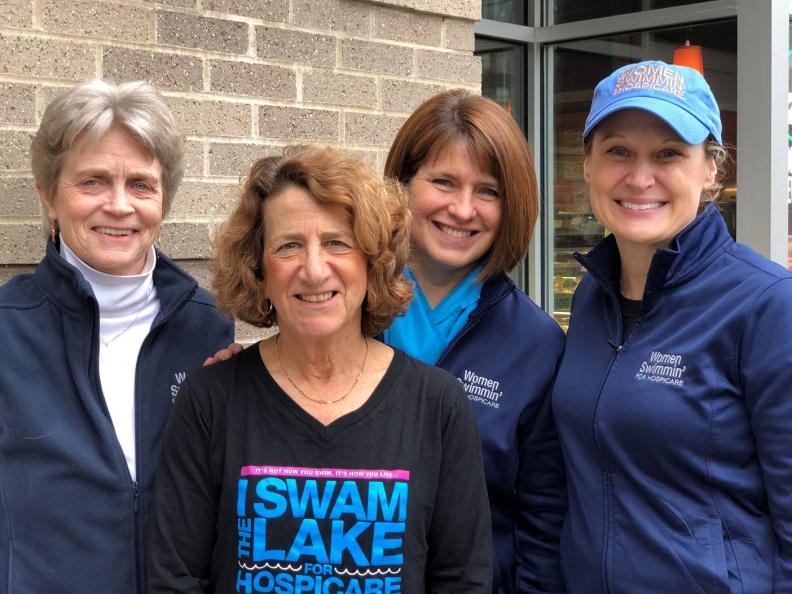 If you are a fan of logic problems, you have probably seen some variant on the classic challenge involving moving a group of people or items from one place to another in the most efficient way possible, given several constraints.

Sometimes the challenge is framed as getting a group of people across a single-track footbridge where certain individuals can never be on the bridge together; sometimes it involves transporting animals across a river with a canoe, but certain animals can never be together on one side of the river without a human there.

If you have seen these sorts of problems, then you have just the slightest taste of what it might be like to organize the yearly Hospicare event called Women Swimmin’.

Hospicare and Palliative Care Services is a real treasure in Tompkins and Cortland Counties, providing support for those with life-limiting illness and focusing on comfort and quality of life for individuals and their family caregivers. Hospicare serves more than 500 local families every year.

Women Swimmin’ has been Hospicare’s signature fundraising event since its start in 2004. It brings in roughly $400,000 annually, which is about half of Hospicare’s philanthropic fundraising total each year. It is an event participants look forward to every August. Registration fills up quickly, with many women swimming year after year.

Which brings us back to that logic problem…more than 300 women register to swim 1.2 miles across Cayuga Lake, from the East Shore to the Ithaca Yacht Club. (It is not a race; rather, it is a community swim.) 200 boaters in kayaks and canoes track the swimmers and accompany them across the lake. Another 150 volunteers are on either shore, supporting the swimmers before they enter the water and as soon as they step out. There are five busses to shuttle swimmers and volunteers from one shore to the other.

To keep everyone safe and ensure things run smoothly, swimmers enter the water in “pods” of about nine. Pods are formed keeping in mind swimmer speed, swimmer preferences for whom they swim with, and swimmers’ preferred start time. The busses that shuttle swimmers vary in capacity. And there is only one spot for busses to turn around in over on the East Shore---and only one bus can use the turn-around at any given time.

In the past, one woman has been responsible for working out the devilishly complicated logistics of forming the pods for Women Swimmin’. Jane Powers, senior extension associate in Cornell’s College of Human Ecology, has been solving this complex logic problem year after year for 15 years. “Over the years I developed this complicated system involving names on slips of paper and paper plates spread all around the room,” says Powers. “I’ve had people say ‘Hey—I’ll help you with this,’ but it’s not really something anyone could help with.” Each of those paper plates represented a pod. And before a name was put on the plate, Powers had to consider that swimmer’s speed, preferences for swimming partners, and preferred start time.

In the past couple of years, Powers ditched the plates and started to use her computer for this chore, but it wasn’t much less time-consuming or difficult than her old method. “I did progress eventually from paper plates to working with an Excel document – to sort, and categorize the swimmers into pods,” says Powers. “But it was all in my head – and used my own crazy coding and categorizing strategies.”

When there are 300+ swimmers you can imagine that the pod possibilities quickly become mind-bogglingly complex. Yet somehow, Powers managed year after year to get everyone into a pod and onto a bus and into the water without any major hitches. “It was hours and hours and hours of work each year…and as you can imagine after hearing the process I used, there was no easy way anybody could help me with it.”

Women Swimmin’ 2019 marks the first year that an algorithm will be assigning women to pods and busses. No more plates, no more marathon logistical nightmare sessions for Powers.

At the start of the 2018-19 academic year, the Operations Research and Information Engineering (ORIE) Masters of Engineering (M.Eng.) program invited 12 companies and groups from the Cornell and Ithaca communities to present challenging projects to this year’s ORIE M.Eng students.

Betsy East, Co-chair of Women Swimmin’ (and past Associate Dean of Student Services at Cornell Engineering) heard about this call for projects. She remembered when ORIE M.Eng students helped create an algorithm to effectively place all 800 first year engineering students into sections of the required ENGRG 1050 class as well as assigning them to faculty advisors. East thought this might be something worth pursuing, so she told Powers about the call for projects.

Powers, along with East, described the logistical challenges of the Women Swimmin’ event to a roomful of M.Eng. students and several Cornell faculty. One of these faculty members, Professor David Williamson, also said a few words to the students about the good work done by Hospicare.

“I left that day thinking that none of those students would want to work on our project,” says Powers. “So many of their other options were working alongside corporations, so I thought they would gravitate to those sorts of things. I was shocked when we got chosen!”

Four of the students in the room that day have created a team, along with ORIE faculty advisors David Williamson and Assistant Professor Christina Lee Yu.  Team member Maria Salvador says, “This is a great experience for us. We have a client and we have to deliver something good and useful. It’s more real than simply writing code for a class assignment—this is for real people and will make a difference right away.” Judy Zhou, another member of the team, says, “Optimization skills are useful in so many areas. This Hospicare project will give me a deeper understanding of what’s involved and at the same time will help Hospicare organize the Women Swimmin’ event much more efficiently.”

Professor Williamson added, “This is a great experience for the M.Eng. students because it gives them practice at a skill they will need often in their careers. If you have a client who is not technical, you have to be able to hear their needs, translate those needs into an optimal technical solution, and then translate what you have done back in a language and procedure the client can understand.”

“This is uncharted territory for me,” says Peter Haddad. Haddad is a senior mechanical engineering major who is earning his ORIE M.Eng. degree simultaneously. “As an undergraduate, I have had very little experience with optimization. This project is forcing me to keep up to speed with everything and giving me a chance to apply it right away.” Michael Lapolla, the fourth student member of the team, agrees with Haddad. “It is great to have a chance to apply what I have been learning in classes—to get to see how this all works out in the real world.”

Registration for the Women Swimmin’ event opens on May 6, 2019 and closes when the event is full. That doesn’t mean Jane Powers will need to wait until that day to see if her patchwork Excel system (not to mention her plates and slips of paper) can be retired for good. The ORIE M.Eng team has already shown Powers and her Hospicare team a screen shot of what their algorithm will be able to accomplish.

“There are two boxes where the links to the data will be – and then a button that says ‘Create Pods,’” says Powers. “It was only when I saw that I realized how this would work --- a click of a button would create what took me hours and hours and hours to do! I could not believe it. I was so excited!”

When Women Swimmin’ registration closes sometime in early May, and Powers clicks on that “Create Pods” button, it will represent not only a vexing logistical problem solved by some ORIE M.Eng. students, but also a partnership between Cornell and the Ithaca community where everybody wins.

(If you are interested in learning more about the event, or about how to get involved, visit www.womenswimmin.org or contact the event’s coordinator, Terry Taney, at ttaney@hospicare.org) 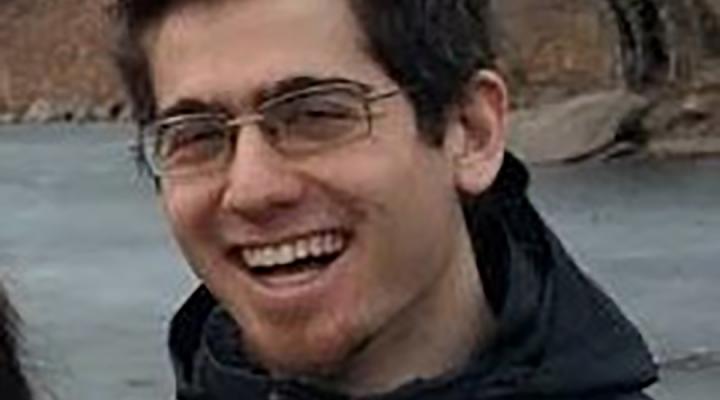