Each year, Professor of Practice and Director of ORIE’s Master of Engineering program Kathryn Caggiano gets to stand in front of a group of graduating students and their families to announce that year’s M.Eng. award winners. While this year’s graduation ceremony was held virtually, Professor Caggiano was still able to honor the winning teams.

The Silent Hoist and Crane Material Handling Prize was originally established in 1950 for the purpose of “stimulating the thinking of engineering students with aptitude or special interest in the Art and Science of Materials Handling.”

“In the 70-plus years that have elapsed since then, companies have evolved and expanded, and the portfolio of ‘materials’ that require careful handling in most organizations has crossed over from the physical realm to the digital one,” said Caggiano. “On behalf of the original Silent Hoist and Crane Company, we now award this Prize annually to recognize exceptional project work related to the handling of physical or digital materials.

“This year, we were delighted to be able to recognize three Master of Engineering project teams from the School of Operations Research and Information Engineering for first-, second-, and third-place honors,” Caggiano said.

The first-place prize was awarded to the team working with Pitney Bowes on the project entitled “IND Facility In-and-Out Optimization.” The winning team of Yixiao He, Xiaoxiang Ma, Yuke Wu, and Jiaqi Zhang was advised by Assistant Professor Damek Davis.

“Each year, in Andrew Schultz, Jr.’s honor, we recognize the most outstanding Master of Engineering students, as evidenced not only by their high academic achievement, but also by their exceptional teamwork, their willingness to encourage others, and their demonstrated potential to become exemplary professional citizens,” said Caggiano.

“This year we are very proud to recognize four outstanding M.Eng. students—two December 2020 graduates in Silvia Ruiz and Yiwei Zhang and two May 2021 graduates in Jin Gyu Lee and Brittany Stenekes,” Caggiano said. “Each has contributed to their M.Eng. class in ways that make us exceedingly proud to be able to call them Cornellians.”

The late Andrew Schultz, Jr., received his B.S. and Ph.D. degrees from Cornell. He joined the faculty in 1951, and became the head of our predecessor department, the Industrial Engineering and Administration Department. Andrew Schultz served as Dean of the College of Engineering from 1963 to 1972, and he was a strong supporter of the Master of Engineering program. 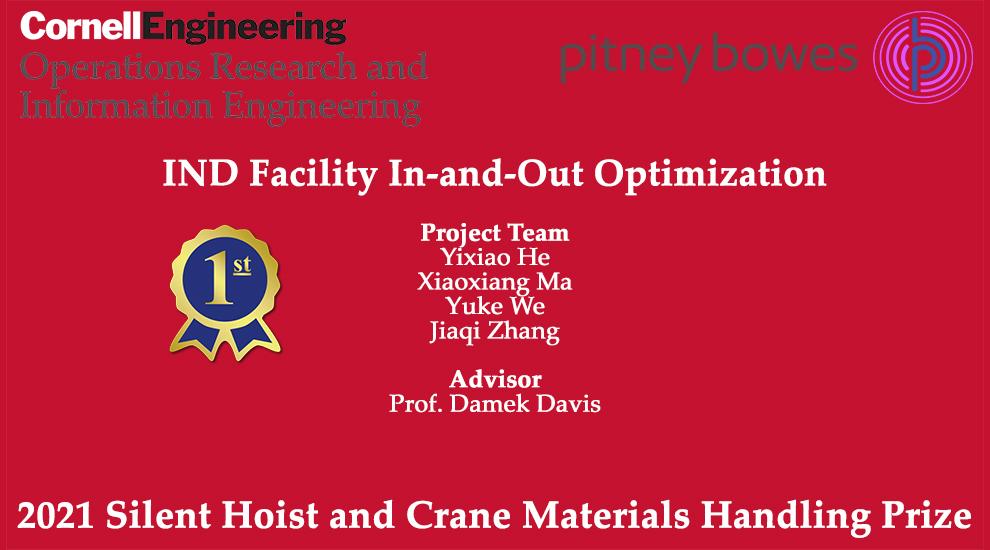 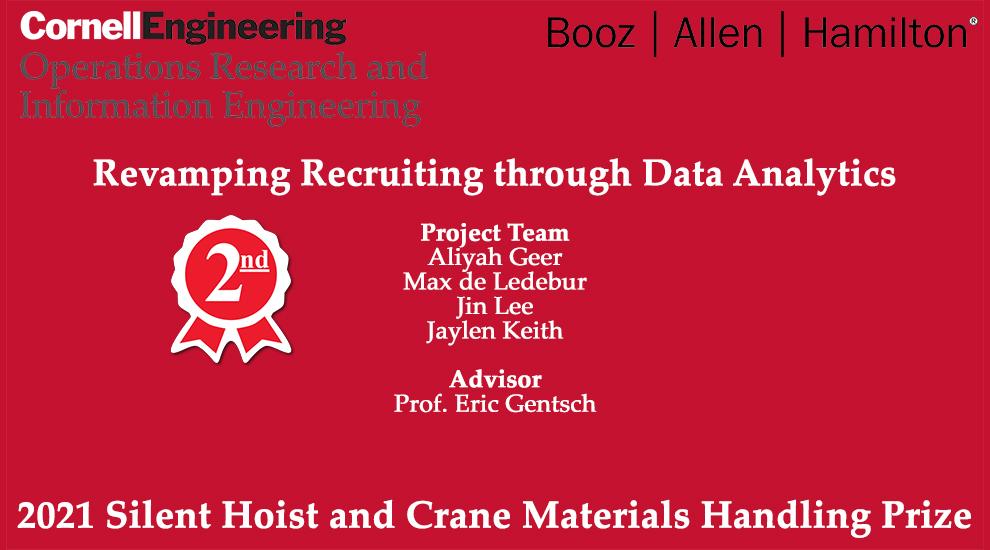 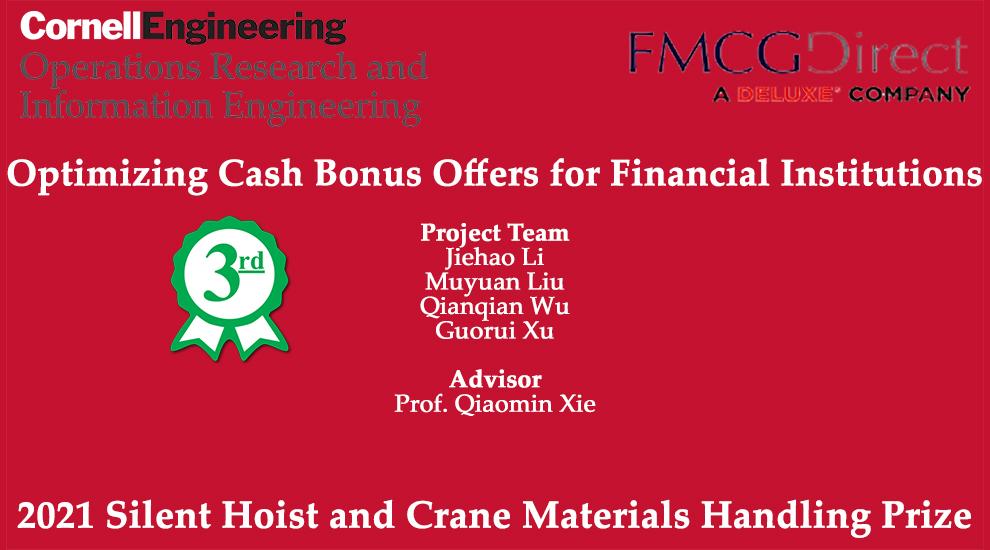 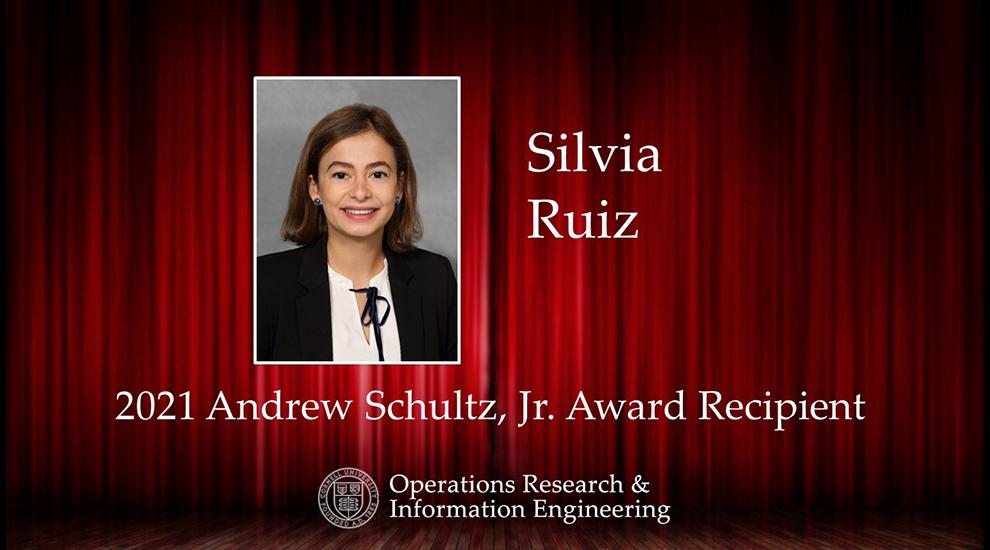 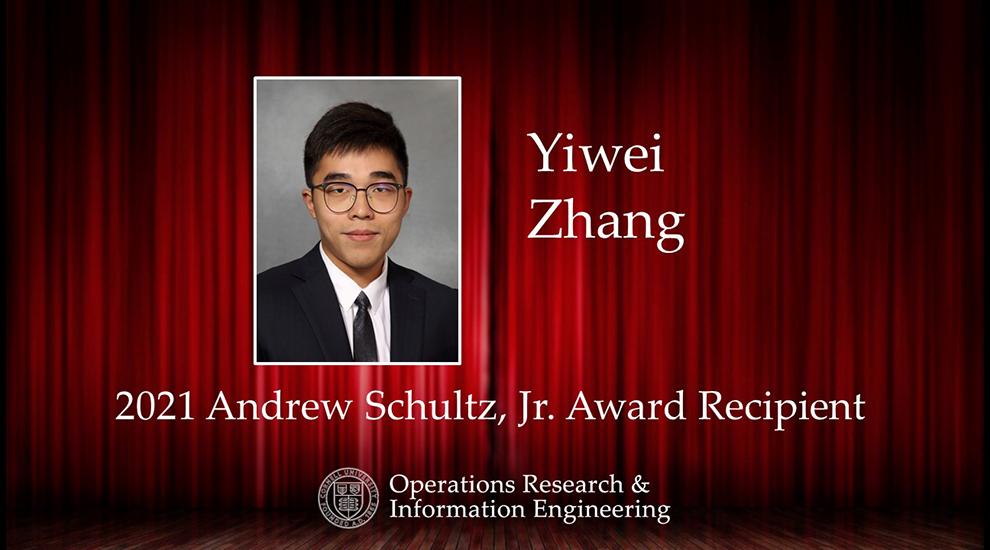 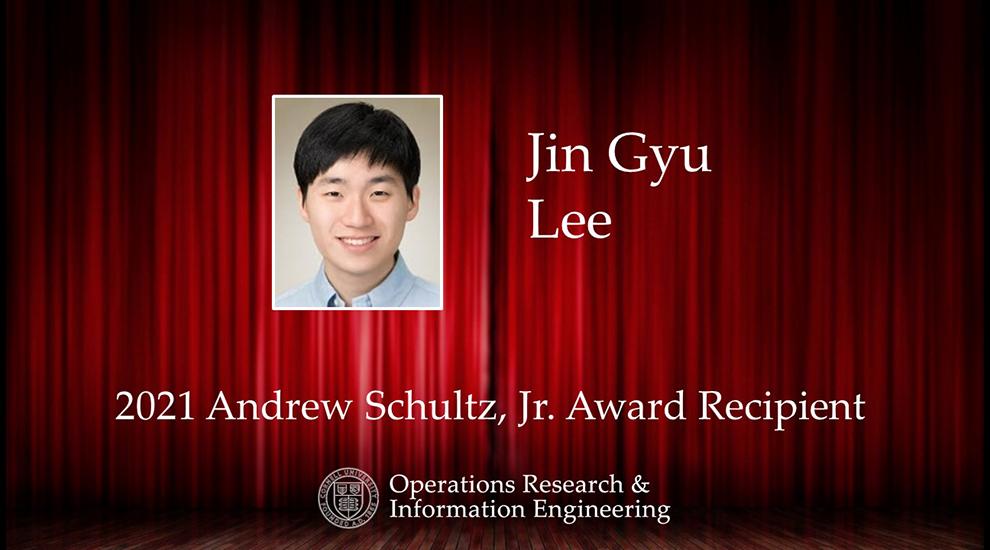 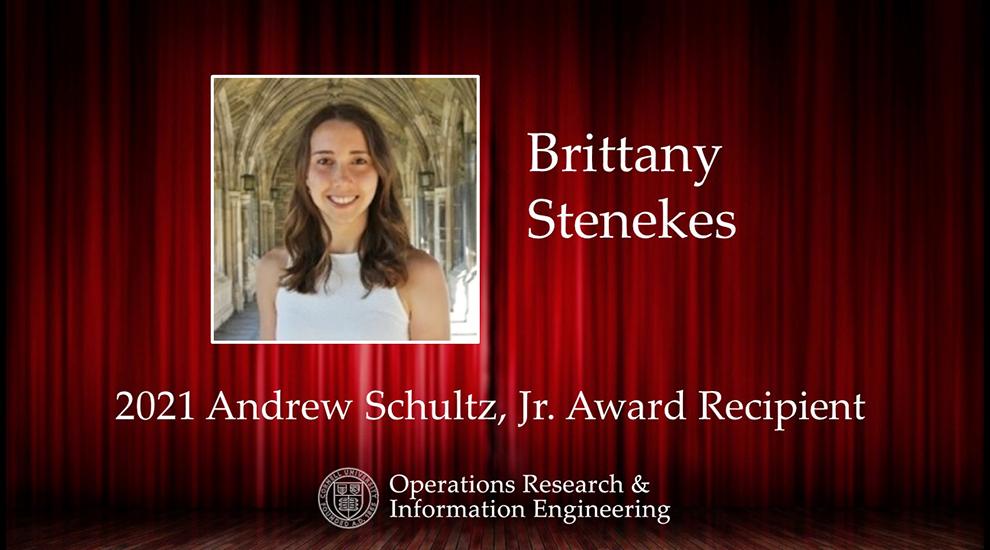