The Markets Have Spoken: What Stocks Do Democrats and Republicans Actually Value?

In July 2020, a team of Cornell Financial Engineering Manhattan (CFEM) students won the 9th annual International Association of Quantitative Finance (IAQF) student competition. The students were Vineel Yellapantula, Nikunj Agarwal, Harsh Puria and Subham Behera. The paper (one of 36 submissions from 20 academic programs) was selected to be one of 5 winning IAQF papers.

Sometimes a rare event comes along and helps verify an economic theory. The volatile first week of November 2020 provided just one such opportunity to the student team. On November 3rd, Trump's chances of winning soared, as the initial counts of the election started coming in. On November 4th, it was Biden's numbers that started looking unbeatable, as several states turned blue. These two dramatic swings were observed in election futures platforms (see figure 1). Simultaneously, traders in the financial markets moved in and out of stocks, in line with their perceived probabilities of a Trump or a Biden win. 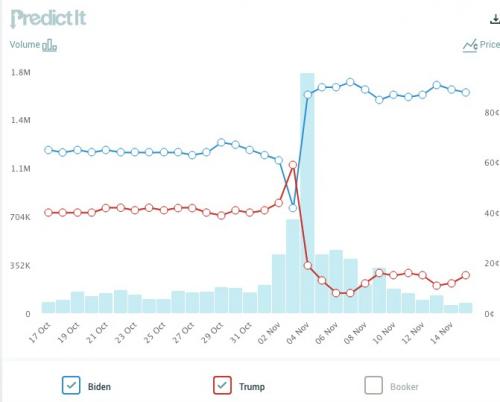 Figure 1: The value of election futures contracts fluctuated wildly around the election.

This provided the winning Cornell team with a fresh set of data on which they were able to re-run their analysis. Focusing on sector ETF returns and election futures changes around the election, the students identified the sectors that were the most strongly correlated with a Biden presidency.

The latest data (see table 2) indicate that the financial markets are as polarized as the American people. They also allowed the students to check if their predictions included in their paper had come true. As the students had predicted before the election, sectors like communications and technology were most strongly correlated with a Democratic win and sectors like Financials and Utilities were most strongly correlated with a Republican win.

According to the betting markets and many Republican leaders, the election is not over yet. Based on your assessment of who will be president on January 20th, 2021, the results in Table 2 may help you place your bets.

Table 2: For each sector, the correlation between the sector return and the change in probability of a Democratic victory (Dem column) and a Republican victory (Rep column) based on November 2-9 predictit.com data. The last two columns indicate which sector belonged to what portfolio, based on paper the students submitted to IAQF in 3/2020 and updated with the new data on 11/2020.

Today's world of new technologies, the abundance of data, and alacrity to deliver quicker, cheaper and at scale is fueling digitalization [and increasing/changing expectations of Financial Services... Read more about New Announcement! UBS and CFEM Partner for AI, Data & Analytics Speaker Series

Leadership in Ukraine: A Spotlight on Cornell MFE '22 Ivan Kosyuk

From the first day of the war in Ukraine, I searched for an opportunity to help my country. At first, I participated in a volunteer group of engineers to create useful software for the cause. Tech in... Read more about Leadership in Ukraine: A Spotlight on Cornell MFE '22 Ivan Kosyuk

Covario will collaborate with a team of CFEM students to answer the relevant industry question of "How Might We Use Order Limit Book Data on Centralized Crypto Exchanges to Make Short-Term Price... Read more about CFEM Goes Global: An International Collaboration with Covario