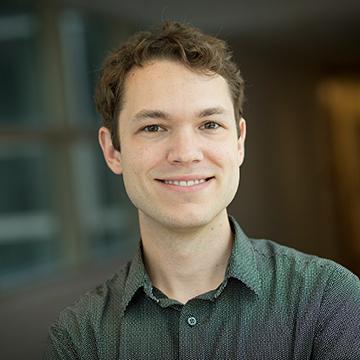 Damek Davis received his PhD in mathematics from University of California, Los Angeles in 2015. In July 2016 he joined Cornell University's School of Operations Research and Information Engineering as an Assistant Professor. In his research, Damek formulates and solves continuous optimization problems, with a focus on those which arise in machine learning and signal processing. In the past, his research has received several awards including both the NSF graduate (2010) and math postdoctoral fellowships (2015), the Pacific Journal of Mathematics Dissertation Prize (2015), and the INFORMS Optimization Society student paper prize (2014).

Damek analyzes and develops algorithms for solving optimization problems that arise in machine learning and signal processing. These real applications inevitably lead to complex problems that are nonconvex, nonsmooth, nonlinear, and generally large-scale. To solve these problems, Damek constructs algorithms that adapt to modern computer architectures, which lead to parallelized and even decentralized software implementations. After developing these algorithms, Damek formulates and proves theoretical guarantees on their best- and worst-case behavior.